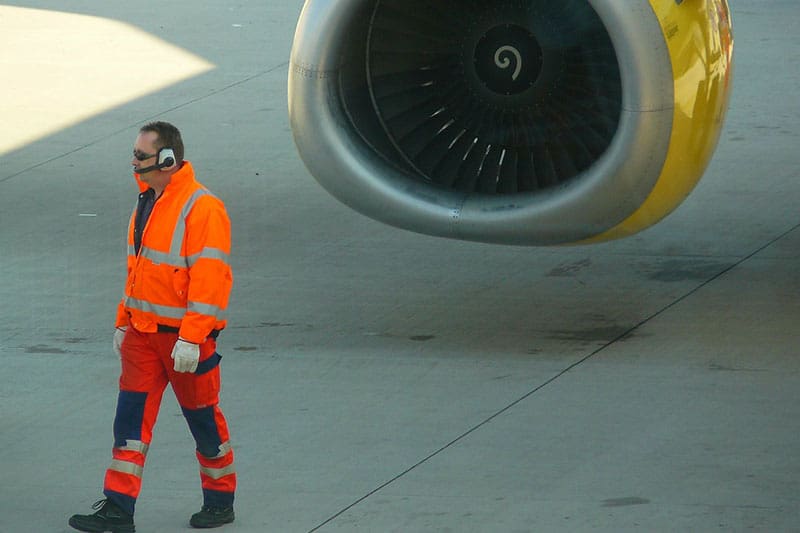 This article contains affiliate links. If you make a purchase after clicking a link I earn a small commission at no cost to you.

Maintaining commercial airplanes is serious business. Airlines go to unbelievably great lengths to ensure that their airplanes are in optimum condition and always safe for flying. Here a just a few things that you may not have known about airplanes and the rigorous checks and maintenance they go through to make sure planes are always the safest way to travel. After reading these, it should hopefully ease your mind about the safety of air travel.

Airplane systems are designed with backups. Sometimes backups of backups. Failure of any system is rare, but it is built-in that should an individual system fail a backup will immediately take over. There are two engines, three hydraulic systems, three autopilots etc. Multiple computers running data, talking to each other and confirming information, ready to take over should one fail. It would take an unusual series of multiple issues to cause a real problem. Airplanes are well equipped to handle an individual issue with backups.

It is strongly encouraged in the airline industry that any mistake that happens is reported. Even “near-misses” that didn’t result in any issue, but a weakness in a procedure was noticed that COULD have lead to a problem is reported. With everyone working together in a proactive manner, the whole industry benefits and becomes safer. In this culture of safety all mistakes are used as opportunities for improvements.

Aircraft have a very strict maintenance programs that ensure planes are in top condition at all times. After a scheduled amount of flight hours, planes are taken apart and each component inspected. Anything with the remotest chance of failing is replaced. Even parts that look perfectly fine and show no signs of damage or failure, if they reach a certain age or amount of usage, will automatically be replaced. Nothing is used “until it breaks”. Airline maintenance goes to great lengths to ensure that items are repaired and replaced before there is ever a problem.

4. Statistical improbability of actually dying from a plane crash

Ok so you want the cold hard facts about dying in a plane crash. The National Transportation Safety Board conducted a study of plane accidents that showed that between 1983 and 2000, 95.7% of people involved plane accidents survived. Even if you isolate the worst plane accidents, 76.6% of people survived. There are thousands of flights every single day, and plane crashes are getting rarer and rarer. In fact another way to look at the numbers is that flying is so reliable now, that you could fly every day for an average of 123,000 YEARS before being involved in a fatal crash.

Planes are designed very precisely for the purpose of flying. While they need the engines to move the air fast enough to get off the ground, once a plane is flying at a steady speed you could turn off both engines and it would not drop out of the sky like a stone. Airflow around the wings provides lift. The engines supply forward thrust, so what you would lose would be momentum. However you would lose momentum slowly over time. Without power from the engines the plane would glide like a paper airplane, slowly descending until sliding to a landing. The wings are designed to keep the plane in the air, and the tail is designed to keep it moving straight. Emergency landings due to engine failure are exceedingly rare but can usually be maneuvered to a safe landing.

If you still aren’t convinced, spend some time at the airport

Something that people have reported helped them to alleviate their fears was to spend some time at the airport. Either a few extra hours before their flight, or if they lived close visiting even when they did not have a flight to take. Watch the planes take off and land, see all the people coming and going, look at the flight boards at all the takeoffs and arrivals for that day. Look at all this activity around you and realize, all those planes traveled safety to their destination. And this happens every single day.

An an Amazon Associate we earn from qualifying purchases.

This site also participates in other affiliate programs and may earn a small commission, at no extra cost to you, from any purchases you make as a result of clicking a link on this site.